What is an express eviction? 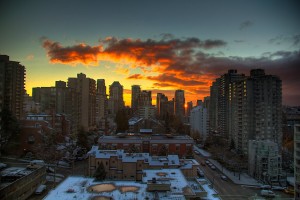 Although the express eviction procedure is a “simple” process, there are several queries that shall be answered.

In this entry we will briefly explain what constitutes an express eviction trial, from an eminently practical point of view.

To do this, we will divide the entry into four short sections: 1º) Admission to process and date of launch, 2nd) Judgment and launch, 3º) Execution of the due revenues and 4º) Approximate time of the whole process

After the reform carried out in the Civil Procedure Law, once the claim for express eviction is filed, the Court has to admit it to the proceeding and, in that first step, it has already to indicate a future date for the launch of the House.

We leave for another entrance the thorny issue of notification, and the multiple (and varied) cast of tricks to which tenants can turn to delay the launch.

After a period of time, in the Order of admission to process, agrees to require the tenant who does not pay so that within ten days 1) vacate the property, 2) pay the actor or 3) oppose with attorney and attorney to eviction express, Extremes that very rarely happen.

If the period granted has elapsed without the defendant having appeared or formulated opposition, the judicial Secretary must issue Decree terminating the express eviction trial and ratifying the date of release.

On the day of launch, the judicial commission (one or two officials of the Court) will accompany the property accompanied, if necessary, by police officers in case it is required. Likewise, it is necessary for the plaintiff or his attorney, and it is advisable to do so, 1) a locksmith – at the expense of the actor – if necessary, and 2) the lawyer, for example, to avoid temptation Of the judicial commission to suspend the express eviction, or to verify that the damages are recorded in the act of taking possession.

After taking possession of the property, it is necessary to request the execution not only of the income due on the date of filing of the claim, but also of those that have accrued until the launch, as well as costs and interests.

Being sincere, the execution process (which is independent of the express eviction process, and requires new demand) seldom gives results, due to the profile of the tenants who have been evicted. However, perseverance (at least every six months) is necessary for cases where tenants have made a better fortune.

On average, the numerous express evictions that have been ordered by ReclamaGratis have lasted the following:

Time from the time the claim is filed to the date of eviction: About a month and a half.

Time from filing the lawsuit to the date of release (expulsion): Seven months.

Of course, these dates are orientative and depend to a large extent on the circumstances of the case and the judicial party where the procedure is vented (where the property is located).

As a matter to be taken into account, it could be mentioned that August is totally inhabile, or the time savings involved in filing the claim with power of attorney instead of granting the “apud acta” representation in the Court itself (about two weeks), or The convenience of confirming the launch date with the judicial commission before the express eviction.